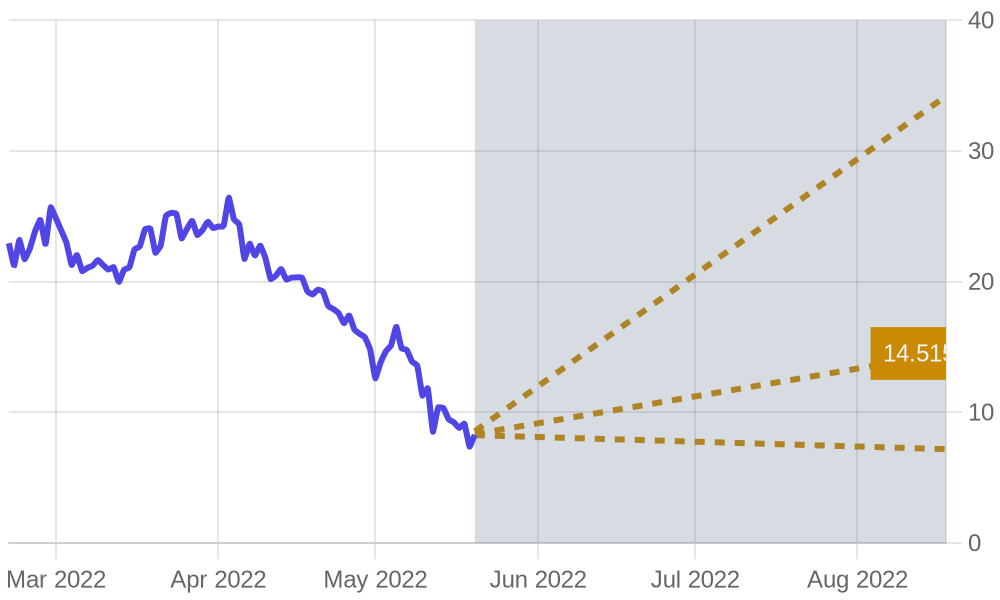 Helium might have tanked sharply recently (-33% over 7-days), but previous patterns suggest that there may be upside potential in the near future.

Of course, we don't have a crystal ball, but we do have a ton of data. Stack has analyzed the past performance of Helium (HNT). We analyzed 27 previous occurrences when the price fell sharply over a period of 7-day.

We have seen this situation play out before. Or at least, similar situations.

What does this mean?

This is just one, data-backed signal, based on a handful of previous historic periods. Many of factors can affect the price of any investment.

Crypto prices are influenced by social media, developer activity, the number of exchanges and on-chain activity. Stack factors all these into it's ranking system to make it quick to compare the quality of different cryptos.

If you feel that other factors, including the broader crypto market, are favorable given the suggested 7-day holding period. Then it could represent a good time to invest, or a good entry point. We recommend that you do your own research (DYOR) before making any investment decisions.

Lot's of factors can influence the price of any investment. These are just a few that could impact the price of Helium.

The direction of the broader market

The broader market is also down by a median -7.4%. Most cryptos are correlated, especially to Bitcoin and Ethereum. So this is likely affecting the price. Going against the grain can work, but should be done with caution.

How active have the developer for Helium been?

Over the past 4 weeks there have been 239 commits on Helium's Github account. This compares to an average of 4 commits per week.

Spotting significant changes in developer activity can highlight potential new products being worked on and abandoned projects that might be in decline.

Social media can have a powerful effect on cryptocurrency prices. Even a single tweet can move markets (we're looking at you Elon). It's difficult to gauge sentiment just by scrolling, but you can use tools like Stack to monitor the growth of a project's followers.

Helium's Twitter followers have increased by 1% over the past 7 days. You can view stats for other networks in the full report for Helium.

View Free Helium Report
Important Disclaimer: This material is for informational purposes only. None of the material or any material on the stack.money website should be interpreted as investment advice. Stack does not make any express or implied warranties, representations or endorsements whatsoever with regard to the material or related information. In particular, you agree that Stack and it's owners assume no warranty for the correctness, accuracy and completeness of the material.