Why Crypto Is the Key to a Successful Metaverse 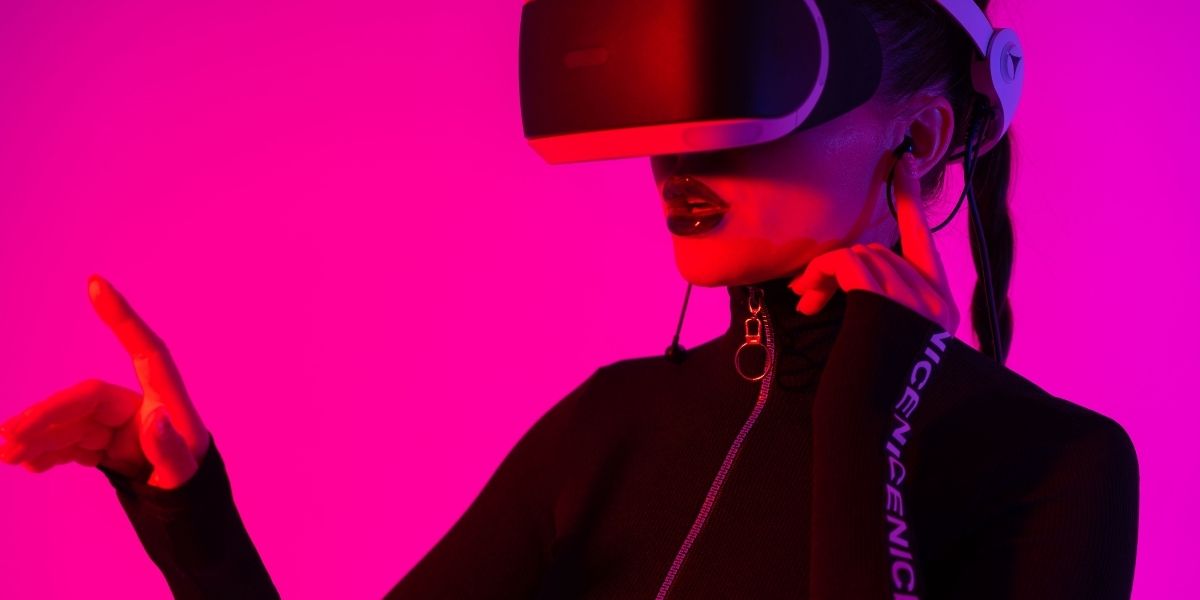 There has been a lot of hype lately surrounding the Metaverse. Just about every company out there within the tech industry is seemingly rushing towards laying down their foundation within the metaverse space, and new projects are popping up on a regular basis, promising some enhancements within the Metaverse.

However, this metaverse concept is still new for a lot of people. To make it as clear as possible for someone who’s just entering this space for the very first time, we are going to go over what it is, what are some projects behind it and how crypto fits in. Let’s dive in.

What Exactly is The Metaverse?

To truly grasp many of the concepts being realized within the Metaverse, we will first need to take a step back and go over exactly what it is and what It represents.

The Metaverse is essentially a simulated digital environment that takes advantage of popular technologies, including:

Alongside those, it also utilizes concepts from social media as a means of creating virtual spaces which are rich with user interactions, many of which aim to be as close to their real-world counterparts as possible.

The main goal of the Metaverse is to reshape the way we interact online and aims to present different ways through which we function.

Aside from the two-dimensional digital spaces we currently have and use on a regular basis, the idea within the Metaverse is for users to be able to exist virtually within an immersive reality that can be occasionally inhabited by them.

Content creators, as well as designers, will be given many opportunities to 3D model and build worlds virtually. What this means is that the Metaverse can open a new economy, where wealth can be created, traded, and even enhanced.

As a means of making the Metaverse actually function, it utilizes new technologies for its execution. Users will be required to create a digital version of themselves, otherwise referred to as a digital twin, as a means of interacting with the world and having their own image and identity on there.

However, not everything is perfect within this Metaverse, as there have been concerns regarding data privacy, security, diversity, and ethical behavior.

History of the Metaverse

The term and concept behind the Metaverse have been around for a very long time. In fact, it was originally portrayed in an American science fiction novel known as Snow Crash, written by Neal Stephenson in 1992. In this novel, users take advantage of the Metaverse as a means of escaping from a futuristic, dystopian world.

However, throughout the last 30 years, the industry has slowly managed to lay down the foundation for a non-functional metaverse. Virtual Reality headsets have become a lot more affordable as well as ergonomic, and the use of the internet has risen steadily. All of this, combined with the popularity of online gaming, has reached global popularity and has made it possible to envision, as well as execute sophisticated digital avatars and even trade digital assets.

In 2017, Decentraland started building their own Metaverse, which is one of the first projects within the cryptocurrency space to do this. However, it is important to note that Decentraland is a 3D virtual world browser-based platform, which was first open to the public in February of 2020.

Then, the moment in time where the term Metaverse really took to the mainstream was when Facebook rebranded to what we know today as Meta. They even updated their logo to feature an Infinity Loop that resembles the letter M in November of 2021.

This move was intended to represent the company's push towards the Metaverse. The company chose the name Meta due to the fact that it has connections with possibility and a future where there is more to build. Additionally, the word translates to "beyond" in Greek.

The Differences Between the Internet and The Metaverse

The internet as we know and use today is a network that's built of billions of computers, millions of servers, as well as other electronic devices such as smartphones. Once someone gets online, they can communicate with other users, view and interact with many websites, and buy or even sell digital goods or physical goods through the usage of e-commerce businesses.

The Metaverse is not in direct competition with the internet but aims to build on top of the current network. Within the Metaverse, users are given the opportunity to travel to a virtual world which is essentially intended to mimic aspects of the physical world through the usage of technologies such as VR, AR, AI, and social media alongside digital currencies or cryptocurrencies as previously discussed.

The growth of the internet has also paved the way for many services which are leading the way towards the creation of the Metaverse.

Non-Fungible Tokens (NFTs) and Their Role Within the Metaverse

However, FIAT currencies won't really cut it within the digital worlds built within the Metaverse, and this is where cryptocurrencies, specifically, Non-Fungible Tokens (NFTs), enter the big picture.

NFTs play a major role in regard to both the usefulness and the popularity of the Metaverse. They are a secure type of digital asset which is based on the same blockchain technology used by cryptocurrencies.

Think of it this way, in the physical world, when you buy a shirt, you get a receipt showcasing that you indeed purchased and are the owner of that shirt. When you buy a house, you get a deed or other forms of documentation as a means of proving that that is indeed your home.

Well, due to the fact that in the Metaverse, everything you see and do is digital, you will need some sort of documentation that you are the rightful owner to a part of a land, for example, a home, or even a virtual wearable such as a shirt. This will all be represented in the form of an NFT.

This means that you can visit a digital store within the Metaverse, which will look like a 3D render of a real-world store, where you can fit your avatar with different shoes, shirts, pants, hats, glasses, gloves, or any other form of clothing, and once you check out, you will essentially have each of those items in the form of an NFT, which are tied to your cryptocurrency wallet's address.

Due to the fact that you are the only person that has access to the private keys through which that cryptocurrency wallet can be accessed, only you have full control and ownership over your NFTs.

The Current State of the Metaverse

There are currently numerous companies that are making their way towards the Metaverse. Facebook rebranded to Meta, and Microsoft even put their own take within a metaverse through Microsoft Teams. Even smartphone and other electronics manufacturer Samsung launched their Galaxy S22 through the usage of Decentraland’s Metaverse.

However, the basic idea of being able to engage within an online virtual world has been around for many years. A true metaverse, where lifelike interactions are possible, is still a bit far off and might occur throughout the span of the next decade. However, this push from many corporations to implement their products and experiences within the Metaverse space plays a major role in its overall adoption on a global scale and opens the way for a lot of potential growth.

In the future, we could see people work within the Metaverse, especially with the rise of Play-to-Earn (P2E) gaming.

Through interacting within the virtual world, users can farm or earn NFTs, which can, later on, be sold for cryptocurrencies, and then be converted to FIAT currencies that can be used in the real world outside of the Metaverse.

Things can even go as far as allowing people to do the jobs they currently do within the real world, within the Metaverse, and get directly paid for it.

The crypto community has had quite a lot to say about the developments within the Metaverse, with many cryptocurrency projects truly thriving in this space.

@verseArchitect posted an interesting tweet discussing the differences between real life and the metaverse, saying “It is really interesting that in real life I have a fear of heights but when I use Oculus this view brings so much pleasure 🥰😁”

It is really interesting that in real life I have a fear of heights but when I use Oculus this view brings so much pleasure 🥰😁#Shibaverse #metaverse by Shib community for #SHIBARMY ❤️ pic.twitter.com/MhcM9TME2f

@e1ect0 shared his experience with discovering “Dragons in real life 3 (Red Dragon)” within the Metaverse.

@kphillpotts had some fun within the Metaverse, where he said “The #metaverse is now. Just #rickrolled my kids in VR!”.

The #metaverse is now. Just #rickrolled my kids in VR! pic.twitter.com/WKNB7cRk3s

An exciting future is ahead of us, and the Metaverse is likely one of the fascinating recent technologies that have the potential to re-shape Web 3.0 as we know it.

Through the Metaverse, we can expect our digital interactions online to be a much larger leap in technological advancement when compared to Web 2.0.

However, blockchain technology and cryptocurrencies, alongside NFTs, play an essential role within the realization as well as the maintenance of the Metaverse.

If we truly want everything to remain decentralized, all of these projects will need to run on a decentralized network, so everyone remains in full control over their digital assets, and they do not end up getting stored within a central server that some corporation controls.