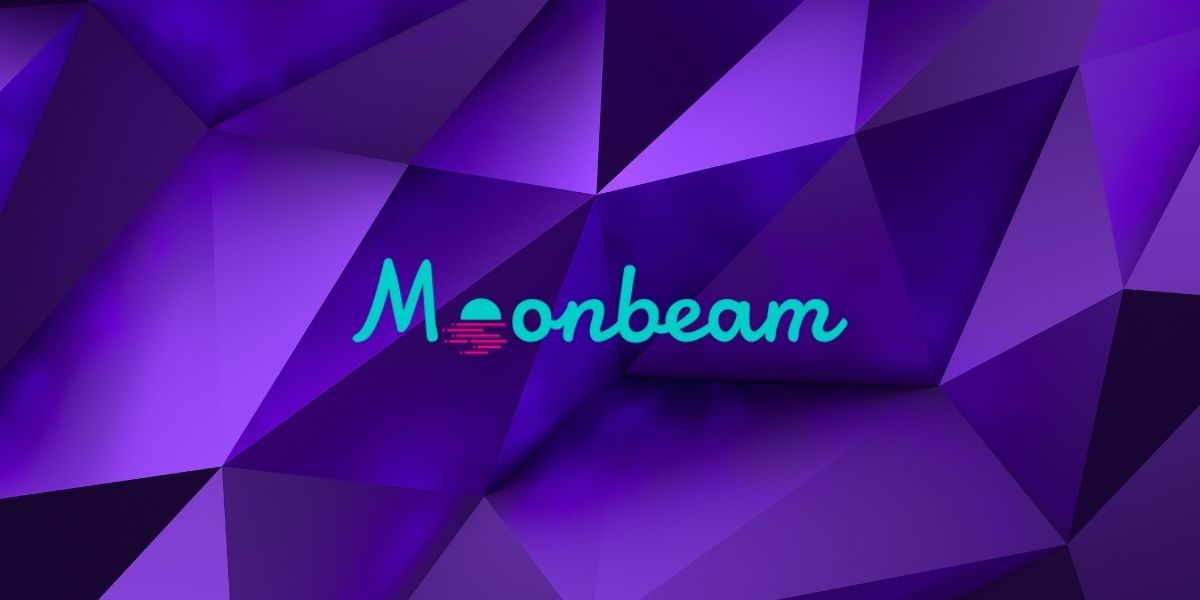 There are several altcoin projects aiming to solve the issues found within existing L1 (layer 1) blockchain networks. One key challenge is interoperability, which is seen as one of the trickiest issues standing in front of mainstream adoption of cryptocurrencies.

However, Moonbeam is one such crypto project that aims to solve interoperability. We are going to go over everything you need to know about the project, alongside its native cryptocurrency token known as GLMR, so you gain a higher level of understanding on what to expect from this network.

What is Moonbeam (GLMR)?

Moonbeam is a cryptocurrency token that's based on the Polkadot blockchain network. Polkadot allows users to create their own blockchain networks, which are known as parachains, and which are directly linked to the Polkadot main relay chain. The goal behind Moonbeam and its ultimate idea are to operate on Polkadot but also be able to connect to and interact with the Ethereum blockchain as well, which enables interoperability.

What this translates to for developers is that they can create their own software which is compatible with the Ethereum network, which allows them to utilize features found within the Ethereum Virtual Machine (EVM). This means that we can see Moonbeam as a bridge, which allows people to operate both on Ethereum as well as on Polkadot.

What this means is that over time, people that want to take advantage of features that exist on more than a single blockchain can create things on one platform and then use them within another platform.

To make all of this work, Moonbeam utilizes the GLMR cryptocurrency token. This token is aimed at powering the smart contracts on the network and helping decentralized applications (dApps) perform whilst also keeping the system as secure as possible.

Additionally, this GLMR token is also used as a means of paying for the transaction fees on the network, as well as for the payment of people who might want to run the system's nodes. Holders can also vote on proposals that directly relate to the governance of the network.

On March 3, Moonbeam announced that the KINT token could be used natively within Moonriver through XCM integration. KINT is the native token of Kintsugi and can now be used as xcKINT live within Moonriver’s fully Ethereum-compatible environment.

On March 15, Karura’s KAR Token went live on Moonriver, and MOVR went live on Karura through an XCM integration. What this means is that once deposited on Moonriver as xcKAR (an XC-20 representation of KAR), the KAR token was given the ability to get used across Moonriver's active DeFi ecosystem.

On March 18, Polkassembly Governance and MetaMask Integration went live on Moonriver. This integration allows users to essentially directly participate in the governance and discussion of Moonriver, and eventually, it will also be implemented in Moonbeam.

On March 31, Moonbeam announced the upcoming changes on Moonbeam and Moonriver. Specifically, they discussed the proposal to remove staking rewards for tokens that are unbounded by the Delegators during the Unbounding process.

Here, users would initiate unbounding of staked tokens, where, while unbonding, users will not receive rewards for the tokens that are unbonded. Once the unbonding period has ended, a user executes the unbond, and the tokens become freely transferable.

They said that it is currently available on Polkadot and Kusama but will soon also release on Ethereum and Cronos, where the Galactic Trading Co marketplace has already reached an all-time volume of almost 9,000 MOVR in over 18,000 listings.

When we take a look at the value as well as the price updates, which are related to the Moonbeam (GLMR) cryptocurrency token, here is everything that you need to know.

The overall impact of the community surrounding Moonbeam (GLMR) cannot be understated. This is due to the fact that the project has over 240,500 followers on its official Twitter page.

Specifically, the Twitter user @TheCryptoLif7 commented on the growth of the Polkadot ecosystem stakers, where the GLMR token was listed.

An altcoin swing trader known as @Defi_Celestial also shared his analysis on the GLMR token, where he stated the potential spike in value in its future.

Either way you look at this it’s hard not see major growth on the horizon 🌅#Bitcoin #Polkadot #kusama #Moonbeam #GLMR #100xgem pic.twitter.com/1ZPnEKDvcW

The crypto investor known as @Realm_Ninja also shared some thoughts surrounding the performance of the GLMR token.

$GLMR after quite a massive rally retraced all the way back down to test previous resistance as support. #Moonbeam still has very bullish fundamentals, and this looks like very good DCA level. pic.twitter.com/Ypj0R6RZAm

Overall, Moonbeam (GLMR) is an exciting project that aims to resolve interoperability found within blockchain networks and has seen numerous developments that indicate that the team behind the project is consistently pushing toward this goal.

It is a developer-oriented blockchain network that aims to provide compatibility within the existing Ethereum developer toolchain and network, and achieve this through giving access to a full EVM implementation alongside other numerous features to make it as interoperable as possible, and this is what makes the project truly unique.

View Free Moonbeam Report
Important Disclaimer: This material is for informational purposes only. None of the material or any material on the stack.money website should be interpreted as investment advice. Stack does not make any express or implied warranties, representations or endorsements whatsoever with regard to the material or related information. In particular, you agree that Stack and it's owners assume no warranty for the correctness, accuracy and completeness of the material.