Ukrainian Crypto Project Waves Gains Over 100% in a Week 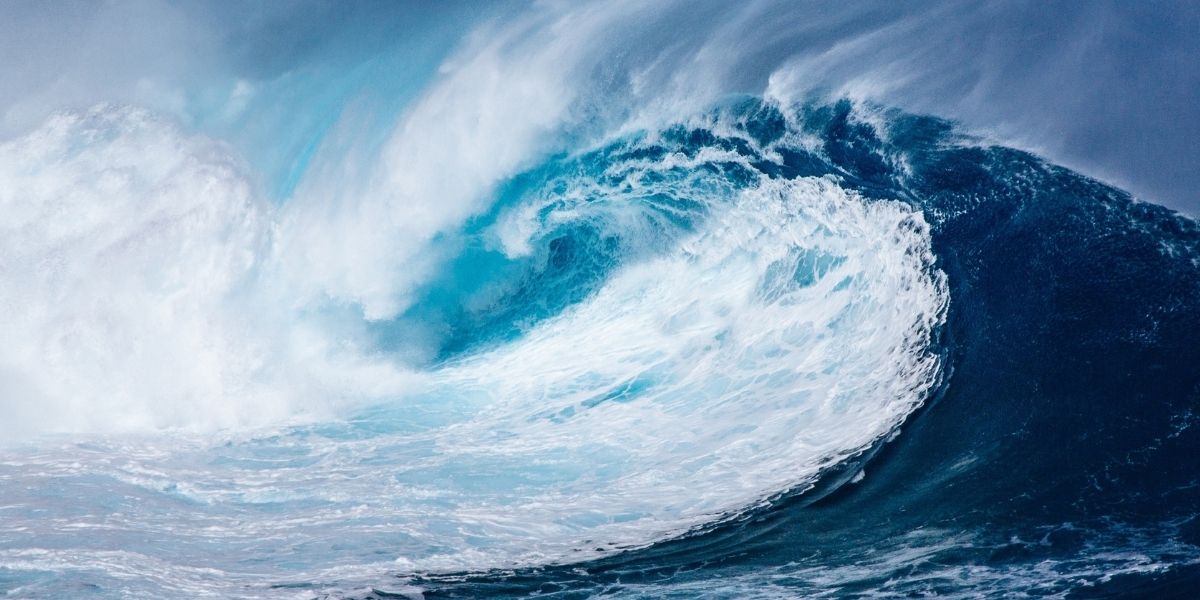 Creating custom cryptocurrency tokens within the blockchain is something that a lot of people think is quite difficult. This procedure might have been difficult at some point in the early days of crypto. However, there have been numerous solutions developed and released that aim to make the overall experience a bit easier.

One such project is the Waves (WAVES) blockchain, and today, we will go over everything that makes this project so unique.

What is Waves (WAVES)?

Waves is essentially a blockchain network specifically developed as a means of allowing users to create and launch their own custom cryptocurrency tokens. What this essentially means is that it enables the creation and trading of cryptocurrency tokens without the need for any extensive smart contract programming. Instead, tokens can simply be created and managed through the utilization of scripts that run in user accounts within the Waves blockchain.

The WAVES token is the native cryptocurrency token that plays a major role in the overall maintenance and operation throughout the Waves blockchain network.

The token is used for the creation of custom tokens and as a means for paying the transaction fees. Additionally, the total supply of the WAVES tokens is limited, and there can only ever be 100 million WAVES tokens in existence.

Aside from that, the number of WAVES tokens a user owns determines if they can add new blocks to the blockchain and also determines who earns a share of the fees paid for the transactions. Any user that wants to become a full node will be required to have a balance of at least 1,000 WAVES tokens.

Allbridge conducted a partnership with Waves, according to an official Twitter post published on February 21, 2022. Allbridge is a protocol that puts a specific focus on facilitating the transfer of assets between all blockchain networks. This partnership was created as a part of the larger goal of Waves 2.0 and establishes a universal bridge integration.

The stated goal of the collaboration is to create a unique bridge between Waves and supported EVM, as well as non-EVM chains, which include the NEAR Protocol, Solana, and Terra.

Furthermore, Waves added new partners to the ecosystem and established Waves Labs, which is a U.S.-based company. The addition of a $150 million fund and an incubation program was also announced to start from the U.S. teams, who will build products on Waves.

One of the biggest developments that recently occurred throughout the Waves blockchain was the announcement that the protocol had begun the process of Migrating to Waves 2.0, something which was officially announced on February 10, 2022, by the Waves Twitter page.

Part of this transaction will include the implementation of a new version of Waves consensus. This will be based on practical proof-of-stake sharding (PPOSS), an upgrade that is intended to make the network faster, more secure, and Ethereum Virtual Machine (EVM) compatible.

The development of the EVM-compatible network is scheduled to begin this spring. It will end up getting connected to the existing network as a means of providing a smoother transition to Waves 2.0 without depreciating the old network's value or efficacy.

Additionally, they will introduce new governance models. The Waves DAO will upgrade the old futarchy concept so that a new generic governance model can be launched, with applications that will exceed the current blockchain technology. This DAO Framework will bring new governance to Waves Open Collective.

Alongside all of this, Waves is building a bridge for users and applications to assess any EVM-compatible chains, one based on threshold signatures. They also announced the development of a Level 0 inter-metaverse protocol alongside their U.S. Company and accelerator.

Regarding the price updates related to Waves (WAVES), its all-time high value was achieved on May 4, 2021, when the token reached a value of $43.01.

In terms of the community behind Waves, it is solid, where the project itself has over 212.8K followers on Twitter alone.

That said, here is an in-depth look at the overall community surrounding the Waves protocol.

The Twitter user @Hayess5178 shared his thoughts on the price swings regarding Waves:

Suppose #Bitcoin will decide if #Alts pump or dump from here. https://t.co/6S9Fcrr5dB pic.twitter.com/3d8p8fvtlH

@CryptoizOffice posted how the WAVES tokens was one of the biggest gainers on Binance.

Waves 1->2 is a flex .
I approve the roadmap and give you all my best wishes. @wavesprotocol 🔥🔥🔥

Waves (WAVES) is a solid project which has recently been seen and will carry on seeing a lot of development as well as support from its overall community. As such, it is a solid blockchain project worth anyone's interest.

View Free Waves Report
Important Disclaimer: This material is for informational purposes only. None of the material or any material on the stack.money website should be interpreted as investment advice. Stack does not make any express or implied warranties, representations or endorsements whatsoever with regard to the material or related information. In particular, you agree that Stack and it's owners assume no warranty for the correctness, accuracy and completeness of the material.