Solana (SOL) – The Future of dApps and NFTs? 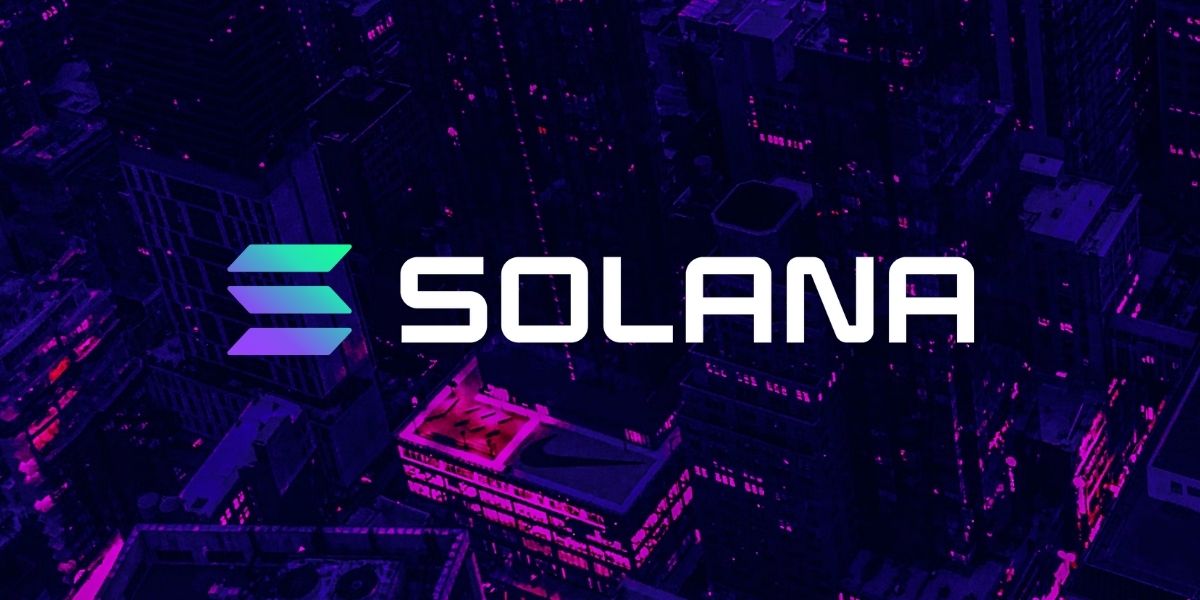 Solana has been seen by many as one of the fastest blockchain networks out there in terms of the scalability as well as throughput it can provide. Solana is a fast, secure, and censorship-resistant blockchain network that powers the open infrastructure required for global adoption.

The Solana project began in 2017. However, it was officially launched for the first time in March of 2020 by the Solana Foundation. It's a blockchain network specifically designed to facilitate decentralized application (dApp) creation and has a large ecosystem surrounding it.

Let's dive into the world of Solana (SOL) and go over everything you should know about the project, the token, and its impact on the overall cryptocurrency industry.

What is Solana (SOL)?

The Solana project was developed to facilitate decentralized application (dApp) development. The main goal behind this project is to improve the scalability through the introduction of a proof-of-history (PoH) consensus mechanism, which is combined with proof-of-stake consensus (PoS) within the blockchain.

In other words, Solana aims to solve many traditional issues which blockchain technologies in the past have experienced and displays a new structure in terms of verifying transactions through a more efficient consensus algorithm.

Solana solves scalability, an issue that has been a bottleneck to many other blockchain markets.

Proof-of-History is one of the main components in regard to the Solana protocol and is fully responsible for the bulk of transaction processing. It does this by recording all the successful operations and the amount of time which has passed between them, while also ensuring that the blockchain is trustless. Proof-of-Stake, on the other hand, is used as a monitoring tool for the PoH processes and validates each sequence of blocks that are produced through it.

As such, this results in Solana being able to resolve the issues that have been an issue throughout competing for blockchain networks, such as throughput, which in turn allows Solana to scale proportionally to the bandwidth it has.

Due to this high throughput and scalability, there are currently over 500 decentralized applications (dApps) developed to operate on top of the Solana blockchain, which is why it is seen as the blockchain for all future dApp development.

The SOL token is the native cryptocurrency token for the Solana blockchain that is used as a means of paying for transaction fees within the Solana Network. Throughout this process, SOL tokens get burned with each transaction, and the SOL token holders are even able to stake their tokens as a means of becoming what is known as a validator node.

These utilities are intended to reduce the circulating supply while also increasing the value of the SOL token. Validators can receive block rewards in the form of SOL tokens, and any SOL token that is deducted from the bad actors can be added to the block rewards pool instead, incentivizing good behavior.

To get a better perspective about the recent developments surrounding Solana, we will initially jump back to September. On September 27, 2021, Solana announced that the ecosystem had reached 1,000 global validators, which decentralized the system even more. Here, the millennial website Neopets also announced that they were launching NFTs built on the blockchain, and Wormhole even launched a token bridge between Solana and Ethereum.

In October, Solana’s third hackathon occurred, which had over $5 million in prizes and seed funding. Overall, it was a massive success and bridged 568 new projects onto Solana, which included yield manager Katana, which won the Grand Champion prize and launched its mainnet by December.

In November, we saw the Solana Breakpoint in Lisbon, which was the first in-person celebration of the ecosystem with a lot of projects announced as well as major news. Alexis Ohanian and 776 announced a $500 million fund to help the future of social media on the blockchain, and Brave Browser made an announcement that it was integrating Solana and making it the default blockchain.

In December, Allbridge announced a bridge from Fantom to Solana, and Opera Browser revealed that it would be supporting Solana-built decentralized applications (dApps). Alongside all of that, Mini Royale became the first multiplayer game to be launched on Solana, and the co-founder of Twitch, Justin Kan, launched a gaming NFT marketplace using Solana.

On December 22, 2021, the Solana Foundation announced that the Solana blockchain achieved carbon neutrality for 2011.

To top all of this off, Michael Jordan, alongside his son, launched the “Heir” community platform on Solana.

On January 18, 2022, Solana introduced the Solana Hacker House Inaugural World Tour, which is a series of six weeks-long hacker houses around the globe. Each hacker house will give builders a place to work, find collaborators, and learn from some of the best within the Solana ecosystem.

Furthermore, Solana Ventures announced that they would Boost Web 3 Gaming through the launch of a $150 million fund, so we will see a lot more gaming projects built on top of the Solana blockchain going forward.

Due to the fact that the Solana blockchain offers fast transactions and low fees and has embraced both NFTs and smart contracts as the future, development in Metaverse-based projects is highly likely as well, especially within the Web 3 Gaming sector.

OpenSea is also reportedly working on integrating Solana and the native Web3 wallet Phantom to their platform, an integration first reported by security researcher Jane Manchun Wong on Twitter.

Ever since Solana (SOL) initially launched, it has seen a high level of growth in terms of the community surrounding it. With over 1.3 million followers on Twitter at the time of writing, it is clear that Solana is one of the largest projects within the world of crypto.

@satoshies_nfts tweeted “You guys think this will make Solana-based #NFT Projects explode ?🤯🤔” referring to an image that OpenSea is working on Solana Integration.

@CactusPatchNFT also commented on the subject, saying “You know what this means… 🤫🚀🌒”

Overall, Solana (SOL) is one of the most ambitious blockchain networks in recent history. Its high throughput and scalability have been a huge point of appeal for a lot of decentralized application (dApp) developers, and the project has potential to increase its adoption going forward. This is why the project is seen by some as the future of dApps, as the chances are high that it will remain to be the go-to network for many developers.

A question will likely remain though about how decentralized the network is, given hardware requirements to become a validator are significant, especially in comparison to Ethereum. If you believe we're heading into a multi-chain future though with different blockchains for different purposes, then Solana looks here to stay.

View Free Solana Report
Important Disclaimer: This material is for informational purposes only. None of the material or any material on the stack.money website should be interpreted as investment advice. Stack does not make any express or implied warranties, representations or endorsements whatsoever with regard to the material or related information. In particular, you agree that Stack and it's owners assume no warranty for the correctness, accuracy and completeness of the material.