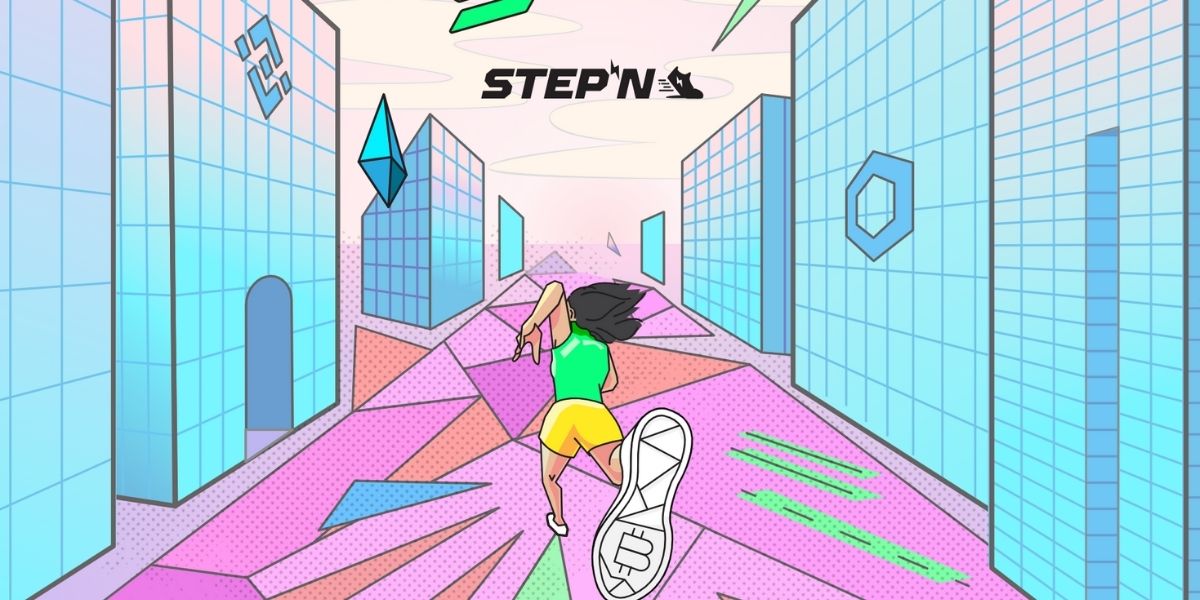 The world of cryptocurrencies and their use-cases is ever-evolving. There have been numerous attempts toward bringing the utility of decentralized applications (dApps) into the real world, which can aid us and assist us in completing everyday activities or incentivize us to do something we would otherwise not be too encouraged to do.

One such application is STEPN, and today, we are going to go over everything you need to know about it.

What is STEPN (GMT)?

STEPN is what is known as the first move-2-earn mobile NFT game, which is powered by the Solana blockchain network. Players can essentially engage with the NFT app by simply walking, jogging, or running outdoors with an NFT Sneaker, as a means of earning tokens.

STEPN aims to essentially incentivize millions of people on a global scale to start engaging with a healthier lifestyle by bringing them within the Web 3.0 sphere while also contributing toward carbon neutrality.

However, in order for users to actually be able to start using this application, they will first need to deposit the native Solana token, known as SOL, into the STEPN's in-application wallet.

After this process is completed, they will need to wait 24 hours for their "energy" to accumulate. Energy is equivalent to how many minutes a user gets for exercising with a Sneaker NFT. There are numerous game modes within this app as well.

First, there's the solo mode, where users can essentially earn tokens through moving. Their income here is dependent on their level of physical activity as well as the rarity and overall attributes of the sneakers that they own.

Alongside this, there is a marathon mode, which engages with the weekly and monthly marathon competitions. Here, users need to register for each race separately 24 hours prior to starting the marathon. Third, there is the background mode, where users can earn GST without the app and repair costs with at least one pair of sneakers.

There are a total of two types of tokens that make STEPN work.

There is the GST token, which is the utility token that is given as a reward and has an unlimited supply.

Then there's the main cryptocurrency, known as the GMT token, which has a total supply of 6 billion tokens. The GMT token is also the governance token used within the STEPN ecosystem. Players are given the opportunity to buy GMT tokens to burn in the STEPN app, and this will let them access features by STEPN, such as minting high-quality sneakers or upgrading high-quality Gems, as well as participating in the governance voting process. Furthermore, each user is given a choice to either lease or sell their NFT sneakers on the in-app marketplace.

Additionally, any GST tokens earned by the players are stored within the in-app wallet, which has a built-in swap function as well.

There are numerous recent developments that have led to the increase in popularity as well as the value of the STEPN (GMT) token.

In a tweet that was posted on March 28, 2022, STEPN hinted that it was planning an undisclosed partnership with the cryptocurrency exchange Binance.

Throughout a Solar Eco Fund interview, the team behind the project said that in order to remain competitive, they need to apply the move-to-earn crypto project in order to maintain a high return of investment (ROI) on GMT tokens.

Throughout an interview published on March 29, one of the STEPN representatives, whose identity was not disclosed, said that they have an upcoming announcement regarding big sportswear companies, which included Nike and Adidas. This means that at some point in the near future, STEPN might collaborate with these companies.

STEPN is also planning towards converting the STEPN application into a non-fungible token (NFT) marketplace as well as a social platform.

When we take a look at the value as well as price updates that are related to the STEPN (GMT) cryptocurrency token, here is everything that you need to know.

>>>>> gd2md-html alert: inline image link here (to images/image1.png). Store image on your image server and adjust path/filename/extension if necessary.
(Back to top)(Next alert)
>>>>>

Image Source: Coingecko’s value chart of the GMT token in the last 24 hours.

Twitter user Victor Hilitski @VHilitski had the following to write about the project:

>>>>> gd2md-html alert: inline image link here (to images/image2.png). Store image on your image server and adjust path/filename/extension if necessary.
(Back to top)(Next alert)
>>>>>

Growing my #nft collection on @Stepnofficial and excited about future possibilities and collaborations! So glad for support and encouragement from the community 😊 @Barndog_Solana @ktrainUSA_STEPN #nft #Move2Earn #MoveToEarn pic.twitter.com/R1iBk4cSGa

Another dedicated STEPN app user, 峯義孝 @colt357_coin wrote about how much he was earning per day while using the app:

>>>>> gd2md-html alert: inline image link here (to images/image3.png). Store image on your image server and adjust path/filename/extension if necessary.
(Back to top)(Next alert)
>>>>>

A newer user of the app, MetaFlynn @Meta__Flynn wrote about their experience using the app for the very first time, alongside the gains they made:

>>>>> gd2md-html alert: inline image link here (to images/image4.png). Store image on your image server and adjust path/filename/extension if necessary.
(Back to top)(Next alert)
>>>>>

STEPN (GMT) is a solid cryptocurrency project which was specifically developed as a means of incentivizing people to actually go out there and start living a healthier life. It also brings a new use-case for non-fungible tokens (NFTs) and makes them more than just digital collectibles, as, within this app, they are required in order for a player to be able to engage with it. Overall, it is an interesting project worth taking a look at.

View Free STEPN Report
Important Disclaimer: This material is for informational purposes only. None of the material or any material on the stack.money website should be interpreted as investment advice. Stack does not make any express or implied warranties, representations or endorsements whatsoever with regard to the material or related information. In particular, you agree that Stack and it's owners assume no warranty for the correctness, accuracy and completeness of the material.